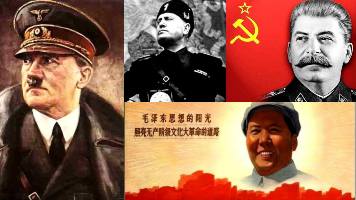 Area tematica: Psicologia ABSTRACT Certain psychopathological aspects and specific diagnoses of four XX century dictators (Stalin, Mao, Hitler and Mussolini) are described, discussed and compared. Their childhood experiences, their attachment to parents, their education and their occupation prior to becoming dictators portray a relationship to becoming megalomaniac sadists. They were all narcissists and some were considered gods by the naive and unaware people they ruled even if all of them become involved in World War II where about 30 million of their citizens died. The article also briefly describes other… Continua a leggere